A story about thinking big, starting small, to transform the way people and goods move across cities.

An interview with Ryan Green, Co-Founder and CEO Gridwise 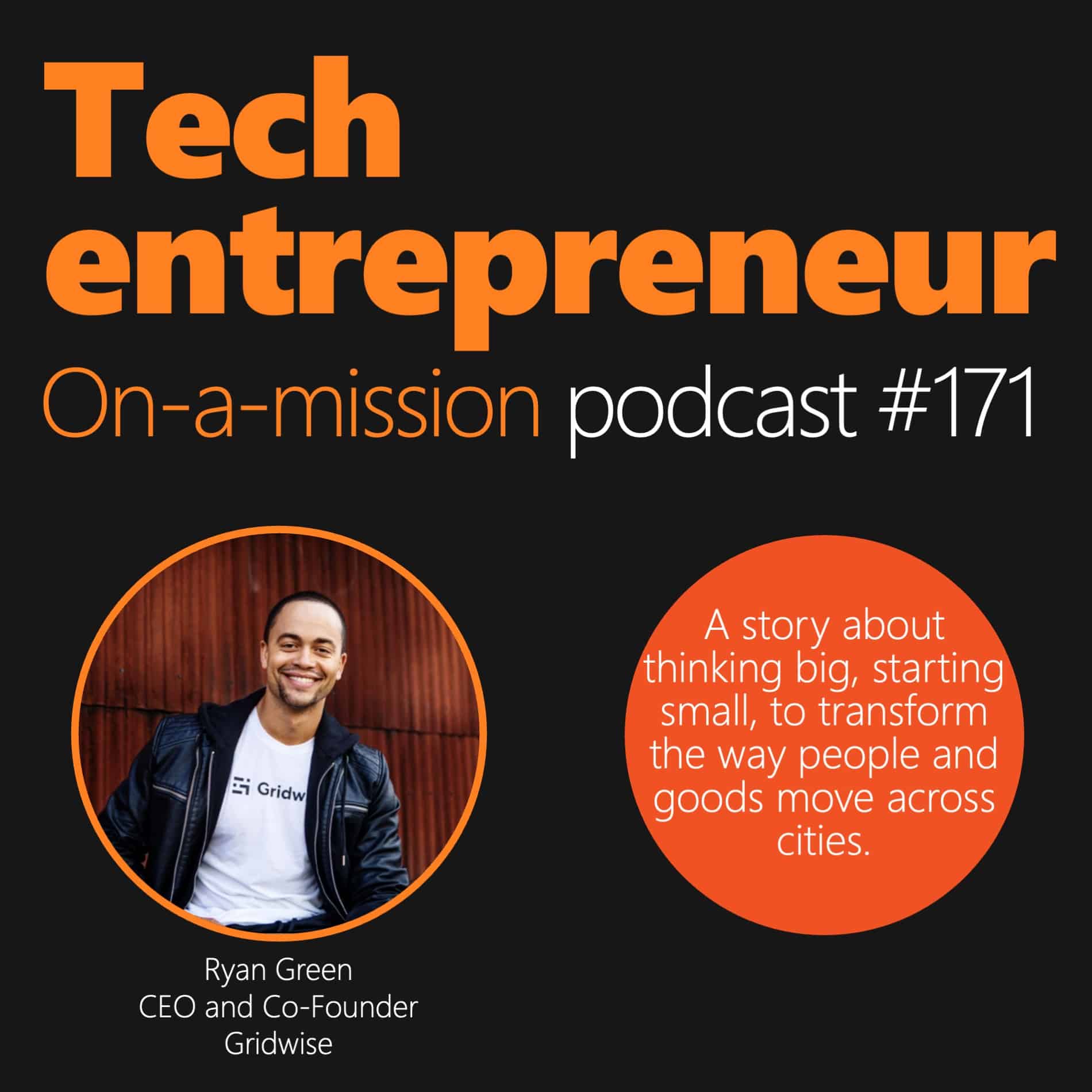 This podcast interview focuses on product innovation that has the power to transform the way we experience commuting for all of us. My guest is Ryan Green, Co-Founder and CEO Gridwise.

Ryan is a driven, self-starter with a passion for building businesses that positively impact the lives of millions. He co-founded his first business, FXConnection back in 2012. FXConnection was a platform that provided tools to educate people on the Forex Markets, and connects them to trading coaches. He then joined PNC in FX Sales and trading, after which he co-founded Gridwise in June 2016 to turn an idea that sparked during his time at the US Navy into reality.

Their mission: To impact the global society by improving the way people and goods move in cities. How? By creating a smarter mobility grid that empowers on-demand drivers, cities, and mobility stakeholders to plan ahead by understanding transit patterns across the major service providers in real-time.

This inspired me, and hence I invited Ryan to my podcast. We explore what’s broken in mobility, and all the problems that lead to. We then dive into his founder story, what sparked the big idea, and how persistence helped Ryan succeed when no one believed in his idea upfront. We discuss his extremely lean approach to innovation and what he believes is required to build a software business your customers just keep talking about.

What was really important was – and I think a constant battle for people who are starting out a new concept but also just people at different stages of growing a product in launching new features – is always taking initially a minimal and iterative approach to product development.

We started with an email that we manually produced every week and a text message service that was us manually typing alerts to drivers. There’s no automation to it at the start. And we did things that didn’t scale. But it allowed us to prove out, and just save a lot of time and a lot of money by being able to learn from our users, before we built something that nobody wants.

And so I think that was that approach and that mindset, we applied to the first concept, and then the next version of the app, and the next version, we just continued to maintain that mentality. And I believe that really led to our success and enabled us to grow Gridwise to what it is today.