#239- Ahmed Elsamadisi, CEO Narrator AI – on succeeding by being ‘different’ not just ‘better’

Leave a comment or a question for Ahmed or Ton 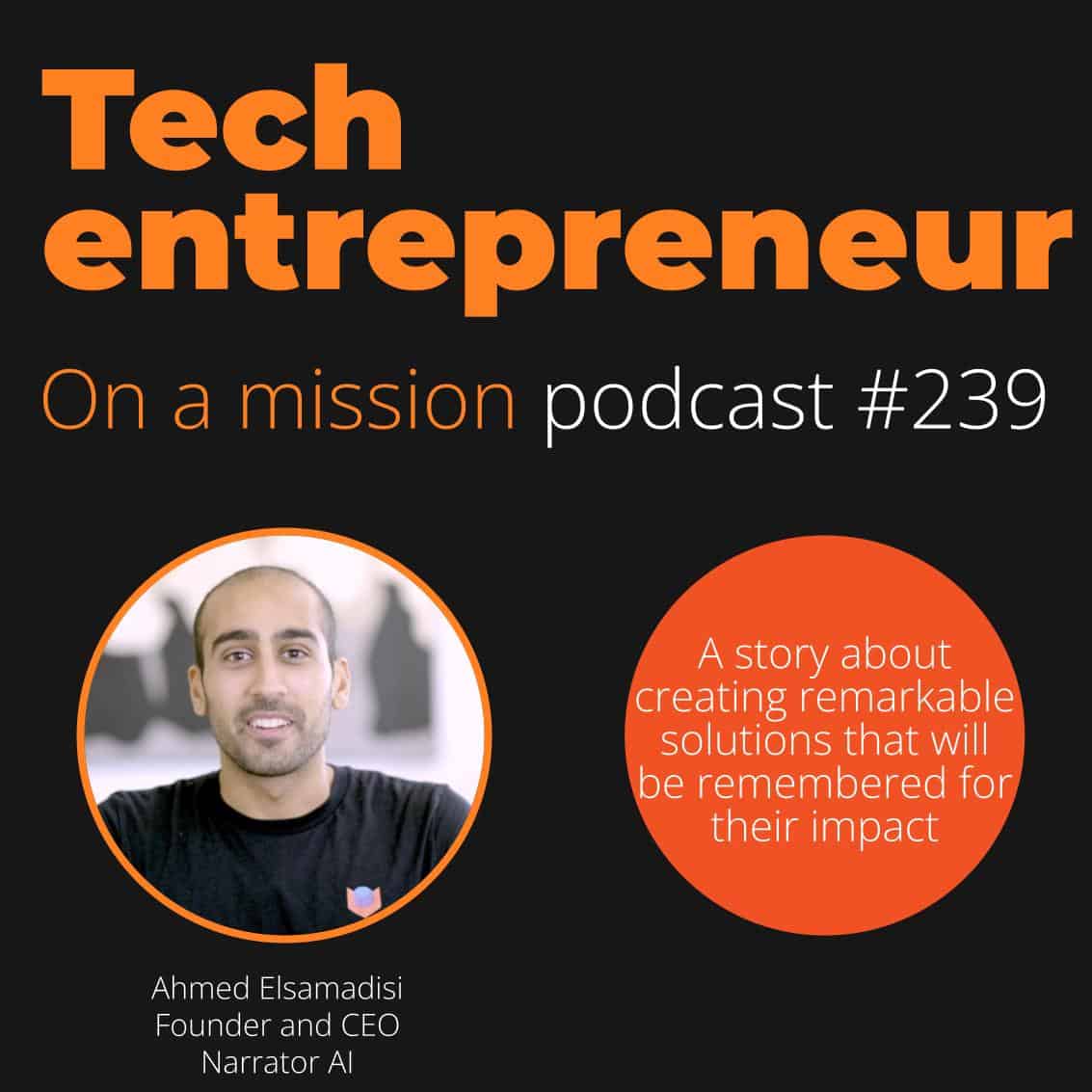 This podcast interview focuses on product innovation that has the power to answer any question in minutes. My guest is Ahmed Elsamadisi, CEO of Narrator.

Ahmed started his career at Cornell’s Autonomous Systems Laboratory, building algorithms for autonomous vehicles and human-robot interaction. He then joined Raytheon to develop AI algorithms for missile defense, focusing on tracking and discrimination.

In 2015, Ahmed joined WeWork as the first hire on their data team. He built their data engineering infrastructure and grew the team to forty data engineers and analysts.

As WeWork grew, its data became difficult to maintain, and the data team struggled to deliver work to stakeholders. Ahmed realized that a traditional data model designed for dashboards increases in complexity too quickly as a company scales.

And that sparked the idea of the founding of Narrator in 2017. It powers self-service analytics across all company data. It’s on a mission to enable anyone to get answers in minutes instead of weeks.

And this inspired me, and hence I invited Ahmed to my podcast. We explore what’s broken in the world of getting answers and how today’s technology is holding us back. Ahmed is sharing his vision about the platform that he’s creating to ask any question and have it answered in record time. He shares his big lessons in building a product designed to solve a problem that was perceived as impossible to solve. He digs into the messaging challenges he had to overcome to create predictable traction. Lastly, he shares how his drive to create something that’s remembered and makes an impact serves everyone well: his customers, his employees, his business, and his investors.

Here is one of his quotes

We started with a goal, but we had no idea about the implementation. And the goal was to ask the questions and give answers. And one of the things that I hated about the answers that we gave today was answers that are given in the form of dashboards. Dashboards are, I think, the worst way to communicate anything.

So how did we solve this problem before? And the answer was stories. Everyone who reads a story is able to understand. So I knew that whatever Narrative had to output when you are answering questions, we should be pushing people to create stories so people’s opinions, people’s thoughts, and people’s thinking process is shared. Because sharing a chart doesn’t mean anything, but sharing a story sharing your thinking, and sharing your process is key.

Leave a comment or a question for Ahmed or Ton

Get my free, 2 min daily reflection on shaping a B2B SaaS business no one can ignore. Subscribe here