#219, Christine Tao, CEO at Sounding Board – on creating successful businesses

A story about empowering people to make the biggest possible difference

This podcast interview focuses on product innovation that has the power to make 1-1 coaching approachable for all of us. My guest is Christine Tao, Co-founder & CEO at Sounding Board. 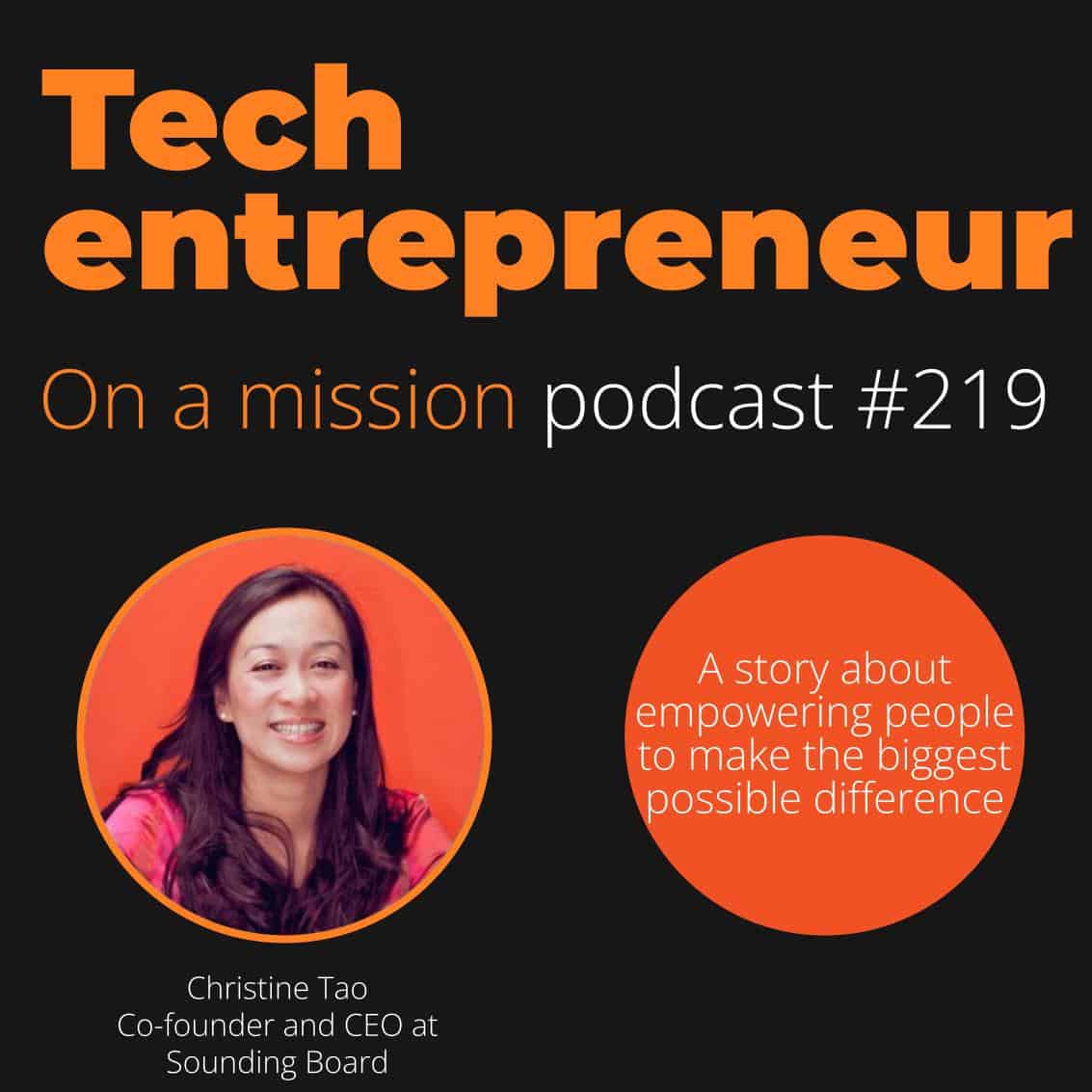 Throughout her career, a central theme for Christine has always been leadership development. She uncovered the power coaching could have on people when she acted in her role as Senior Vice President of Developer Relations at Tapjoy, a mobile advertising platform, where she led the growth of Tapjoy’s network business from 0 to more than $100 million in revenue in less than 3 years.

She experienced it from the other end when she advised several venture-backed startups including Flyby Media (acquired by Apple), Immersv, and Comprendi.

She realized firsthand that today’s workforce is increasingly overwhelmed and stressed with increasing responsibilities and an always-on culture. This inspired her to do something about it.

Today, Christine is the CEO & Co-founder of Sounding Board, a company that was founded around the vision to make coaching accessible to leaders at all levels of the organization and break through the high-cost barriers that had made it impossible in the past. Its mission: Develop the world’s most impactful leaders.

And this inspired me, and hence I invited Christine to my podcast. We explore what’s broken in the world of leadership coaching and how this – by blending technology and people in the right way can be a thing of the past.

Christine further shares her big lessons learned during the pandemic – and how she and her team not only secured Sounding Board would survive but actually come out stronger as a company.

Stressed by the thought of ‘not enough’ traction? Eager to know how to remove the roadblocks that slow down your entire SaaS business? Then Subscribe here

It’s a short weekly musing on how to shape a B2B SaaS business your customers would miss if it were gone.

The 10 Traits of a Remarkable SaaS business

Why your software business isn't as good as it could be, and what you can do about it.