This podcast interview focuses on the art of product innovation – and how people, not technology, often play a fundamental role in creating success. My guest is Derek Mendonça, Co-Founder Singular Aircraft 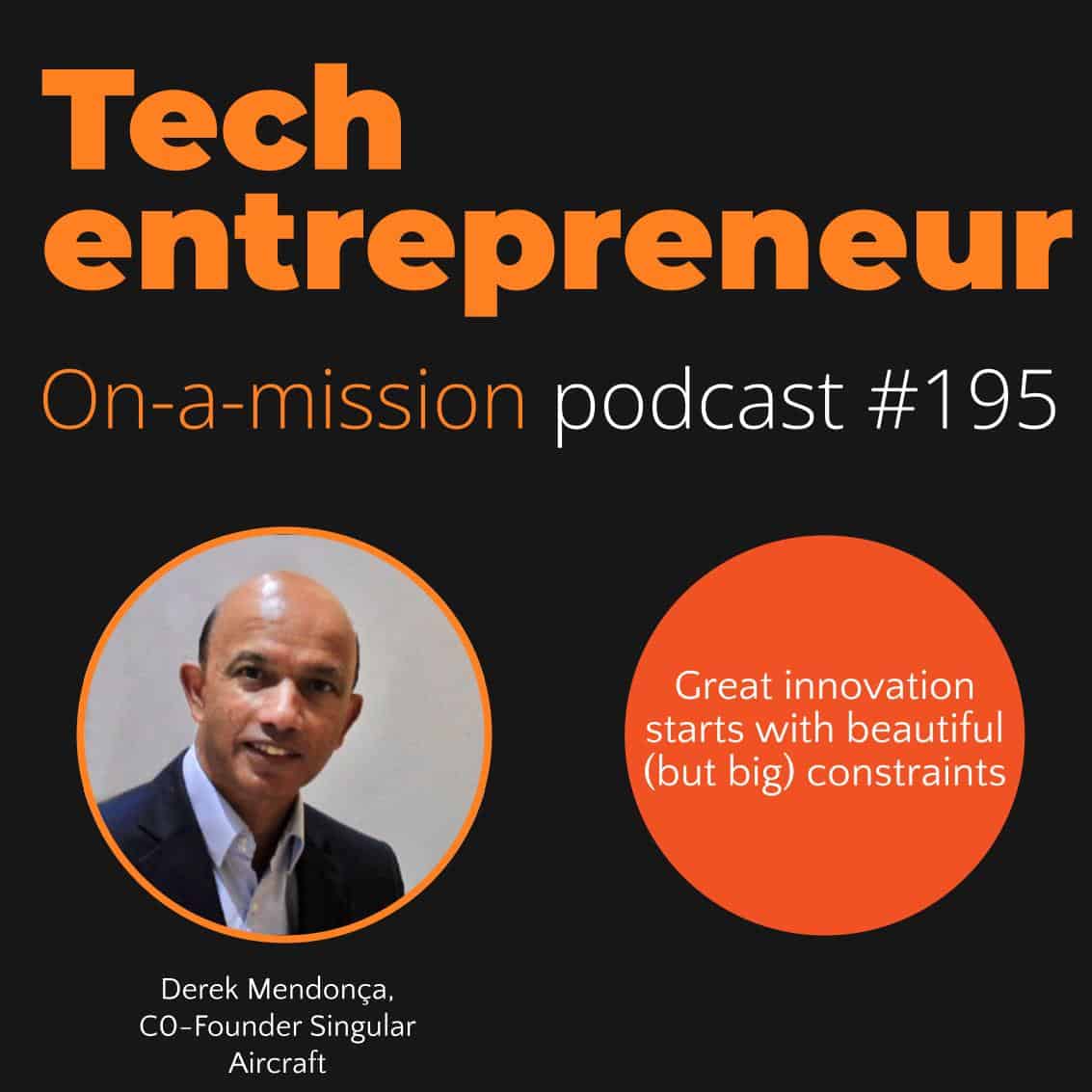 Derek is a highly accomplished business leader with a passion for people & results; specifically, for empowering people to get the best results, aligned around an ambitious vision.

He believes people perform at their best when they are challenged. When they are allowed to explore, encouraged to push their boundaries, and inspired to compete against their own prior achievements.

Derek excels at creating the engagement, excitement, and professional challenge that leads to positive organizational change and encourages innovation.

And exactly this skill caused him to co-found Singular Aircraft. It’s a company that produces the largest and most versatile unmanned civilian aircraft. The company is on a mission to solve some meaningful and growing problems such as fighting the massive wildfires around the globe, poaching, and delivering goods to operations in dangerous or remote areas.

And this inspired me, and hence I invited Derek to my podcast. We explore how making big progress is so often not about introducing new technology, but changing the mindset of people. Derek shares many anecdotes about his fascinating journey (and opportunity) with Singular Aircraft. How small thinking literally stopped countries that need it most to make a big impact. He talks about the big lessons learned to overcome seemingly impossible hurdles – and what helped him to stay sane in that process.

We wanted to make something affordable, at a price point that nobody could compete with us.

So our competitor is a 4×4 Land Rover. In terms of cost, not a plane, any 4×4 is my competitor. Because that’s the real cost of operations. Obviously, we can take much carry much more and travel further, than where a 4×4 can go. But that is my competitor. So we made it at a price point. And it was a huge risk because we thought at the time: Time will tell whether we’re genius, or crazy.