What Is Exponential Thinking?

Exponential thinking is the ability to think one, two, four, eight, 16 steps ahead. True innovation, and ultimate success, comes from those who are always looking forward and who aim for 10x, not just 10%.

At the turn of the 20th century, the first automobiles came about. People said the introduction of motorcars wouldn’t trouble the horse-drawn transportation industry. In less than two decades, automobiles supplanted horse-drawn transportation. The idea that the use of horses would end–with the snap of your fingers–in a few mere years was more than strange: it was inconceivable.

Exponential thinking: It’s what those first automobile manufacturers did at the turn of the century, and they changed the world.

Step One: Disrupting Your Mind

When one of my podcast guests, Tim Willis, CFO of Aerobotics, sat down to brainstorm ideas, he realized that starting with “why” leads to better results. Idea generation should be focused on creating a positive outcome, not a positive output. Solve for the “why” and solve for the outcome; don’t leap straight to the product. 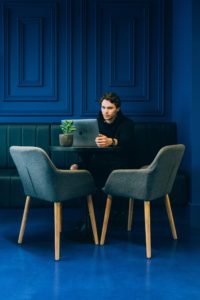 Big changes happen when innovative thinkers transform simple concepts into honest practicals. Every problem has a theoretical and practical approach–use them. Think about another guest on my podcast, Susanne Baars, founder of the Global Human Genome Foundation. When she came up with the idea to make “genomic knowledge available for every person on Earth,” her theoretical idea was to save lives. Her practical idea? Make genomic information widely available.

Exponential thinkers are able to understand scale. Big things have small beginnings, and software is no different. Airbnb began as a few cots on a floor in San Francisco. Now, Airbnb has operations in nearly 200 countries.

Understanding the scale of an idea is critical for exponential thinkers. Airbnb identified a problem in the industry–the lack of a marketplace for private lodging–and scaled up.

Step Four: Narrow It Down

The best ideas are the ones that can be targeted to a very real problem. Airbnb tries to solve the lack of a marketplace for privately owned rentals. Susanne Baars tries to solve the lack of access to genomic information. Professor Alex Zhavoronkov, CEO of Insilico Medicine, helped solve the difficulty of big data processing in medicine. Spot-specific targeting means finding a slice of an industry that needs help and crafting a specialized tool to exploit it.

Data is everything. Without accurate and up-to-date metrics–regardless of industry–you simply don’t have an understanding of the problem you’re trying to solve.

Patrik Berglund, CEO of Xeneta, created an online service that transformed the way the shipping industry approached the process of buying and selling containers. His work made it possible for customers to access global sales information easily, making the process far more transparent and efficient. By “delivering data and insights” to customers, Berglund brought new and disruptive thinking to an entire industry.

Embracing accessibility through integrated information is a great step towards becoming an exponential thinker.

Innovation doesn’t stop because of a good idea. Even if that good idea is implemented well, there’s always room for improvement–and for more idea generation. Airbnb didn’t succeed because it stopped innovating; instead, it kept pushing the envelope of software development.

The 10 Traits of a Remarkable SaaS business

Why your software business isn't as good as it could be, and what you can do about it.