“When your back is up against the wall, that’s when you do your most creative work”

An interview with Paul Wickers, Founder and CEO Huggg.me

This podcast interview focuses on the journey and the big resilience lessons learned by a startup as it moved from start, to launch, various pivots towards ultimate success. My guest is Paul Wickers, Founder, and CEO of Huggg.me 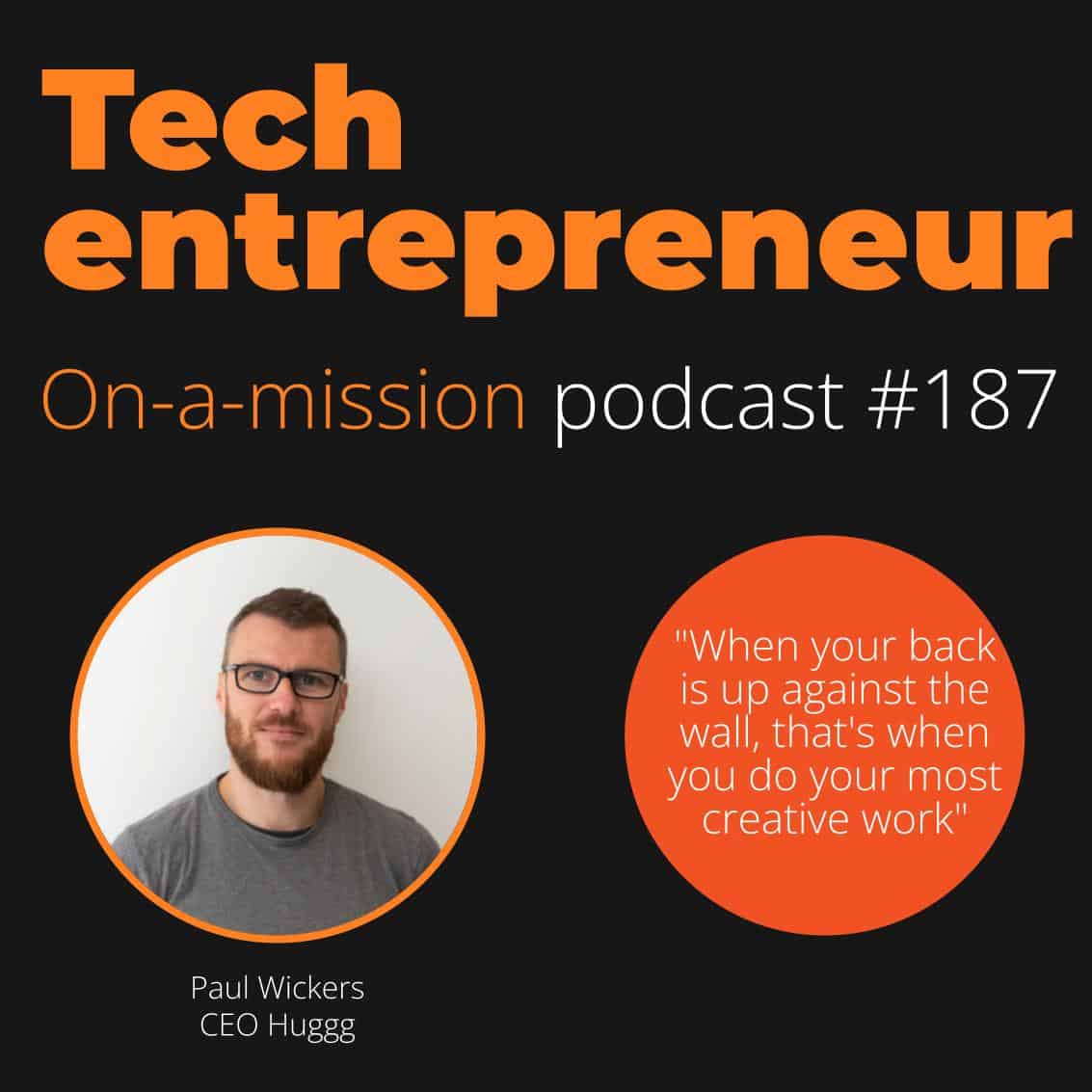 Paul spent 14 years in the Structured Finance team at RBS and then Santander. During this time he came to study the social economics of the greetings card industry. He realized that the success of physically sending a greeting card in the offline world had never been achieved in the online world. This helped him develop the insight that the principles of giving and receiving emotionally impactful gifts could be applied in a digital way – it just had to be done in a different way.

This became the launch of Huggg in 2015. Paul build the platform in his spare time, left his job in 2016, and the platform was first launched in July 2017. But the journey of his company wasn’t an instant success from the start. And it’s the story of business resilience that really caught my attention – and inspired me to invite Paul to my podcast.

Listening to this interview will feel like watching a movie trailer unfold. We explore the lessons Paul learned as he took his product to market. Initially towards Consumers, later towards Business to Business. We discuss the importance of product-market fit. We discuss his lessons learned when it comes to allocating funding to the right levers in the business. We go through what happened when COVID hit the world – the rationalization that followed, then the hibernation, then the rebirth, and finally how sheer perseverance and focusing on the problem, not the product helped him succeed.

At the start, any startup idea, especially if it’s novel, is a great big bag of all the things that are likely to go wrong. Because in all likelihood, it won’t be a success, it’s just statistically unlikely for you to actually succeed.

So on day one, you’ve got a great big bag of problems that you’re going to have to overcome. And your job over time is to make that bag lighter before you take it to an investor. Because the more of those risks you’ve gotten rid of, and you’ve got a lighter bag, when you go forward to raise the next round of money, the better your proposition is because you don’t want to prove it.

Now what I spent was too long on like creating the first product and not enough time just knocking over those barriers. Actually, because I underestimated I was confident that the idea would work. And I didn’t realize how hard product-market fit is.