This podcast interview focuses on product innovation in Recruitment and my guest is Nachi Junankar, CEO of Avrio

He’s got a passion for building long-lasting companies that build amazing technologies that change the world. He’s been an entrepreneur for over 20 years, and in that period founded five companies. It all started with Live Wire, where he successfully imagined and built an enterprise apps company before it was fashionable to do so. 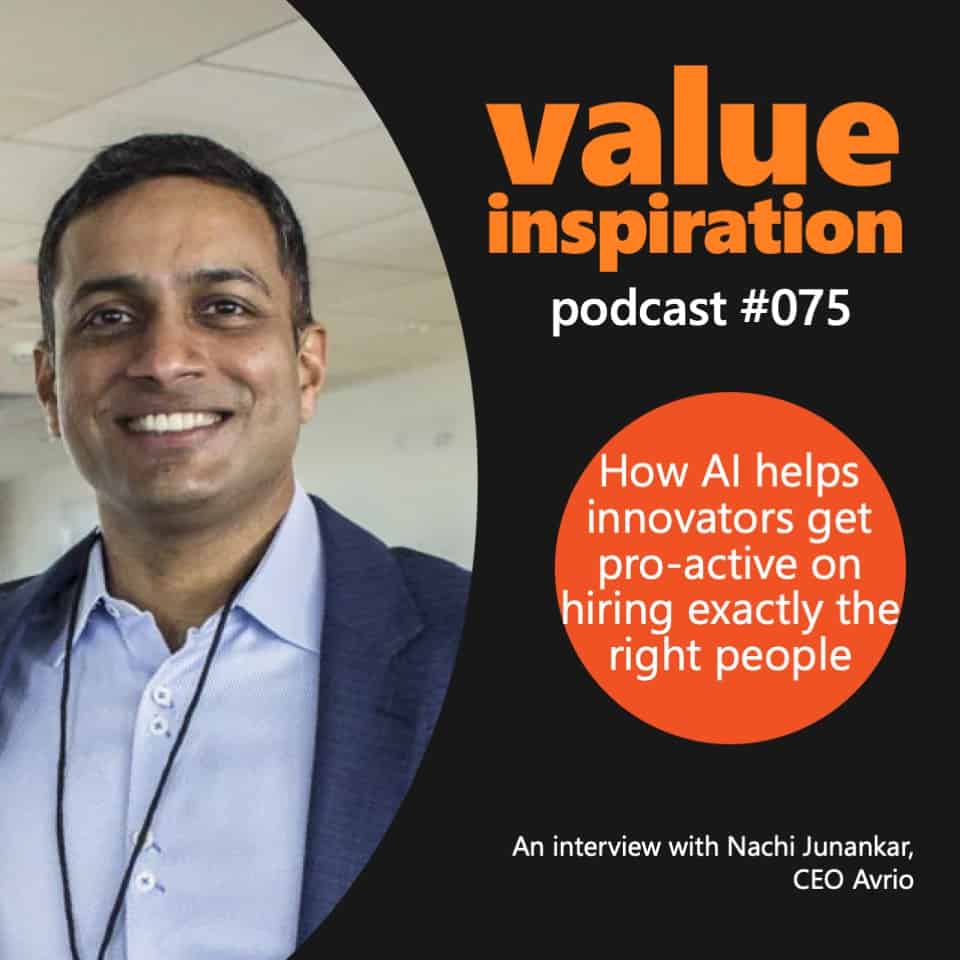 His second company, Retail IQ brought him into the optimization space, and specifically real time price and offer optimization. It’s this knowledge of optimization and matching that’s part of the  secret behind Avrio.

Built on the thesis “Let humans do what they are best at and machines do what they are good at,” Avrio built an AI platform that uses machine intelligence to bring people and companies together way before there’s real urgency. Avrio strongly believes the hiring process is broken. With increasingly limited resources and an increasingly competitive market for talent, recruiting is harder than ever. That’s what Avrio is set out to solve.

That inspired me, hence I invited Nachi to my podcast. We explore why the hiring process is broken and what challenges that brings to both employer and future employees. We then discuss the details behind the fresh approach Avrio is taking by turning a very reactive process into a pro-active process – and what benefits that provides to everyone involved.

The premise of Avrio is to significantly accelerate the hiring cycle. So, when there is a crunch in the kinds of numbers of jobs available, that people would be able to move around a little faster so that they’re not that poorly affected by it.

The hiring cycle right now is six to nine months, which is just ridiculous.

Our vision really is to be predictive about where somebody is going in their career and their career path and where companies are going; into new markets, into new industries and having new kinds of jobs available

We would really like to be able to match people six months before they have to look for a job and, and start the conversation.