Product Innovation: The power of data: Fueling ingenuity as the core gauge of innovation

An interview with Auren Hoffman, CEO of SafeGraph

This podcast interview focuses on the fuel that drives today’s product innovation: Data. My guest is Auren Hoffman, CEO of SafeGraph 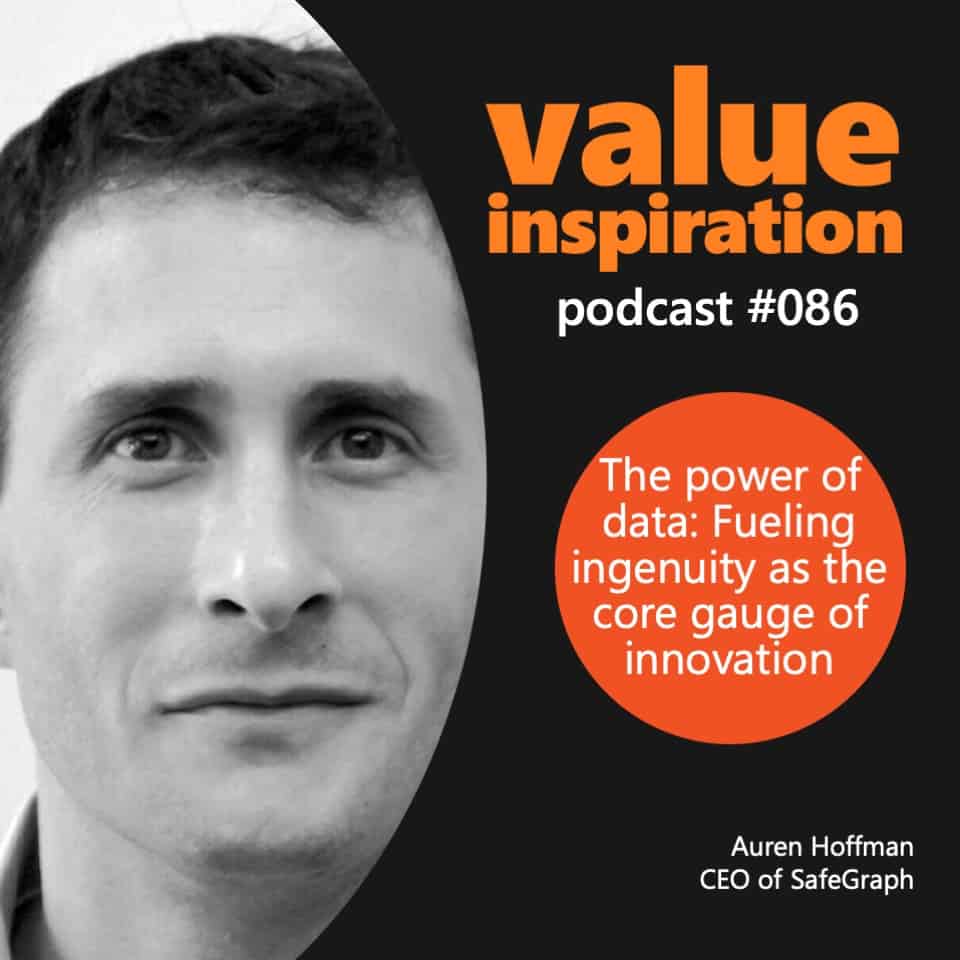 Auren is an American entrepreneur, angel investor and author. He founded his first company, Kyber Systems, in his junior year at UC Berkeley, as a way to pay for school. He sold that company in 1997. From there he founded BridgePath (sold in 2002), became the chairman of Stonebrick Group, cofounded Rapleaf in 2006 and left in 2012 to run the Rapleaf spinoff called LifeRamp, which became the largest middleware company that connects marketing applications. In 2014 he sold his company to Acxiom for $310 million.

Auren is an angel investor in over 120 technology companies. He holds a B.S.E. in Industrial Engineering and Operations Research from the UC Berkeley.

It’s the story behind his next venture SafeGraph that became the trigger for this podcast. Safegraph was founded to democratize access to data – in particular to help unlock innovation. That inspired me, and hence I invited Auren to my podcast. We explore why data – or better the lack of it – is becoming the roadblock for innovation. We also address the biggest challenge around data – it’s accuracy, and what it takes for companies to deliver ‘the perfect data’

One of my big passions is about democratizing access to data.

Thus far, data has been a real gate to innovation. And folks who are data rich can innovate. But for most innovators, they don’t have access to data and that really hampers innovation.

And I’d like to see a world where the data itself is not a gate to innovation,
but ingenuity is the core gauge for innovation.

If we don’t democratize access to data, we’re going to have much less innovation in the future.  Democratizing access to data will both increase the amount of innovation and also disperse more widely the winners from the innovation.