Product Innovation: What we can learn from the last decade in Enterprise Software

An interview with Vinnie Mirchandani, author of SAP Nation 3.0 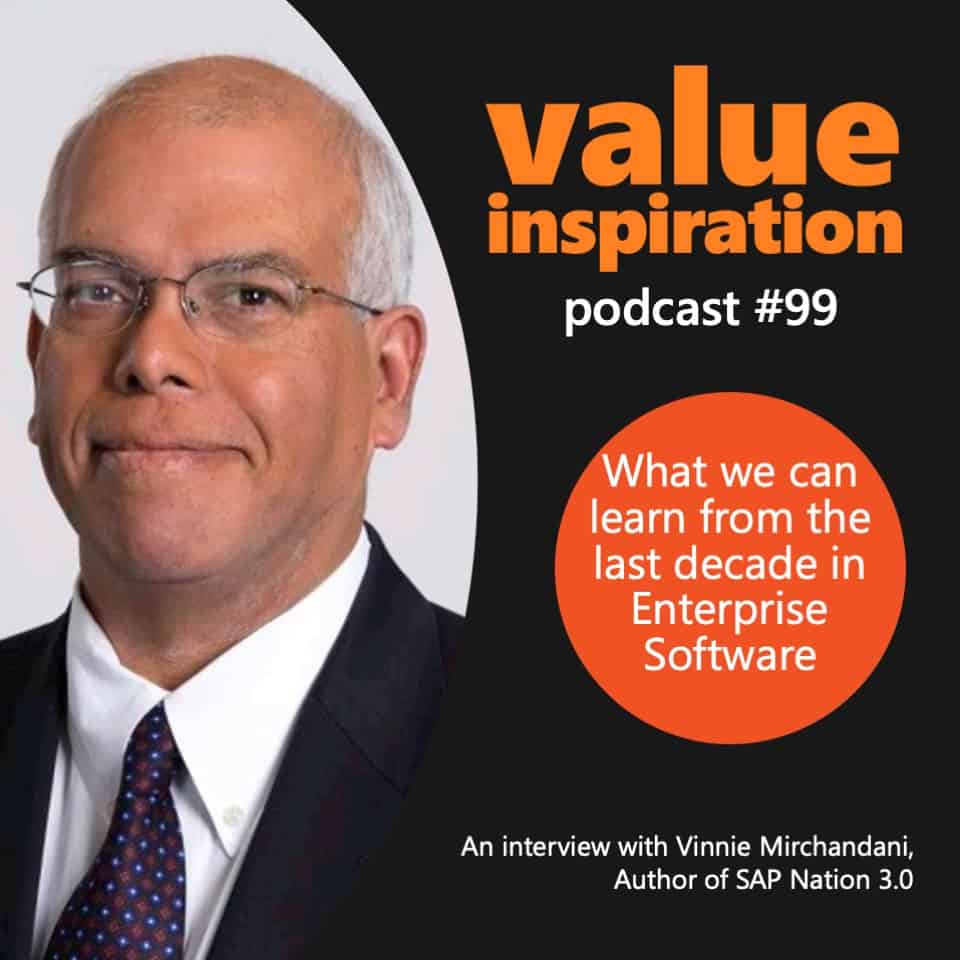 This podcast interview focuses on the technology advancements of the last decade and in particular how enterprise software vendors can capture a bigger opportunity. My guest is Vinnie Mirchandani

Vinnie is the founder of Deal Architect – a Technology strategy and negotiation firm listed as a leading “boutique” by the Black Book of Outsourcing. Vinnie also founded IQ4hire, a projects marketplace and Jetstream Group, a sourcing advisory firm.

Earlier in his career he had various technology consulting roles at PwC (now IBM) in the US, Europe and Asia, and worked as an industry analyst at Gartner.

He wrote various books about the evolution and future of the enterprise software, amongst which Silicon Collar, The New Polymath, The New Technology Elite and SAP Nation 1.0, 2.0 and 3.0. Other than he’s an inspiring blogger – and exactly that triggered me to invite him again to my podcast.

We explore his blog ‘A Decade-end review: Enterprise Applications have NOT eaten the world’ and dig deeper on the question: what can we learn from the past decade and how should we use that knowledge to capitalize on it in the next decade.

It’s kind of fascinating to look at the 10 years how much optimism there was around SaaS, in the beginning of the decade, how SaaS has done and where things have not improved.

If you go back to Marc Andreessen, he wrote a column for the Wall Street Journal earlier in the decade where he said, we have enough technology we have enough you know, we have enough where software can transform industries, software. He basically said software is going to eat the world.

Over and over again, what I saw was, many new markets emerged or grew or transformed. But the software vendors either completely missed it, or they were at the edge of it and didn’t really do much.

To get into other categories you have to keep evolving. You can’t just expect your licenses and subscriptions to keep helping you grow.

If you define a market too narrowly, then you start looking at your competition very narrowly. And you miss the big markets around it.