This podcast interview focuses on product innovation that has the power to all of us to drive meaningful results with learning communities. My guest is Shaunak Roy, Founder of Yellowdig.

Leave a comment or a question for Shaunak or Ton. 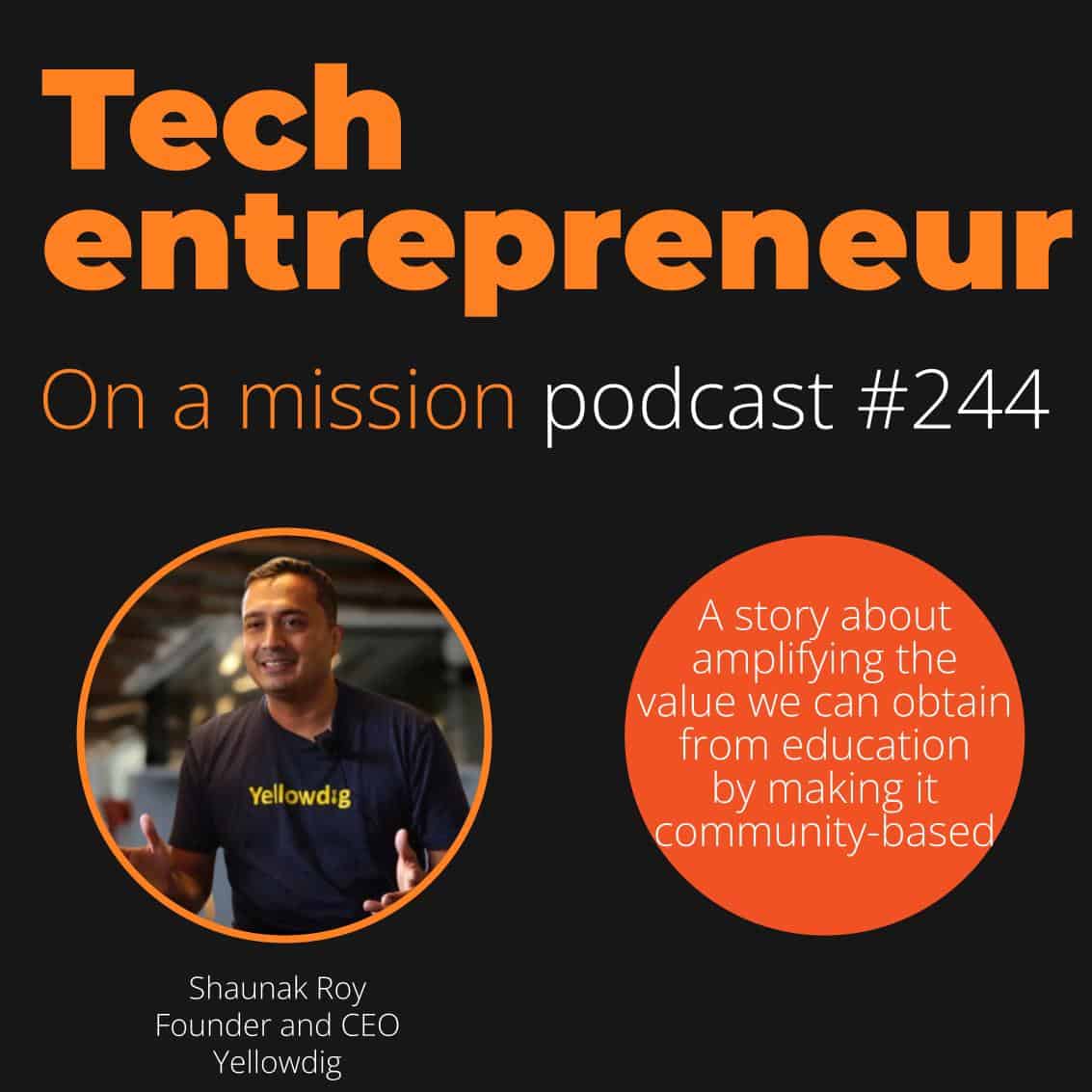 Shaunak is a true tech entrepreneur on a mission. The first decade of his career he spent advising global companies on technology, strategy, and growth.

In 2014 he knew he wanted to start a company that mattered. As he looked back on his own academic days as an undergrad at IIT Bombay, and postgrad at MIT, he realized that he learned as much from his peers as he did from his brilliant professors. Some of the bonds he created with his peers lasted well beyond those formative years, and morphed into lifelong friendships.

As Facebook and other social media technologies took over the social connectivity scene, he saw an opportunity to leverage this idea of social sharing through technology, but specifically in the area of sharing academic ideas and knowledge.

That became the big idea behind Yellowdig. The platform was built on three main pedagogical principles: Agency, Mastery, and Connectedness. Its mission: To make classroom learning more joyful, active, and engaging

And this inspired me, and hence I invited Shaunak to my podcast. We explore what’s broken in the way we deliver education. Shaunuk shares his vision about how education can be more fun and impactful. He elaborates on the big lessons learned from making his idea a reality and gaining predictable traction in a tough market. He shares his secrets on how to avoid failure and create a solution that users not only like, but love.

Here’s one of his quotes

When we sit in a classroom and try to learn, it’s not just the lecture from the professor, but it’s also the interaction that we’re having. That’s where the real learning happens. And even if I listen to the best professor in the world doesn’t mean I’m going to be smart, like him or her. It’s only when I try to apply that knowledge by discussing with people like me or going back to work and trying to connect with something I learned before and those connectivities where learning truly happens. And I think that’s where technology has a huge role to play.

Leave a comment or a question for Shaunak or  Ton.

Get my free, 2 min daily reflection on shaping a B2B SaaS business no one can ignore. Subscribe here