An interview with Sheila Nirenberg, Founder, and CEO of Bionic Sight and Nirenberg Neuroscience

This podcast interview focuses on product innovation that has the power to give blind people their sight back and make robots see and interpret exactly what we see. My guest is Sheila Nirenberg, Founder, and CEO of Bionic Sight and Nirenberg Neuroscience. 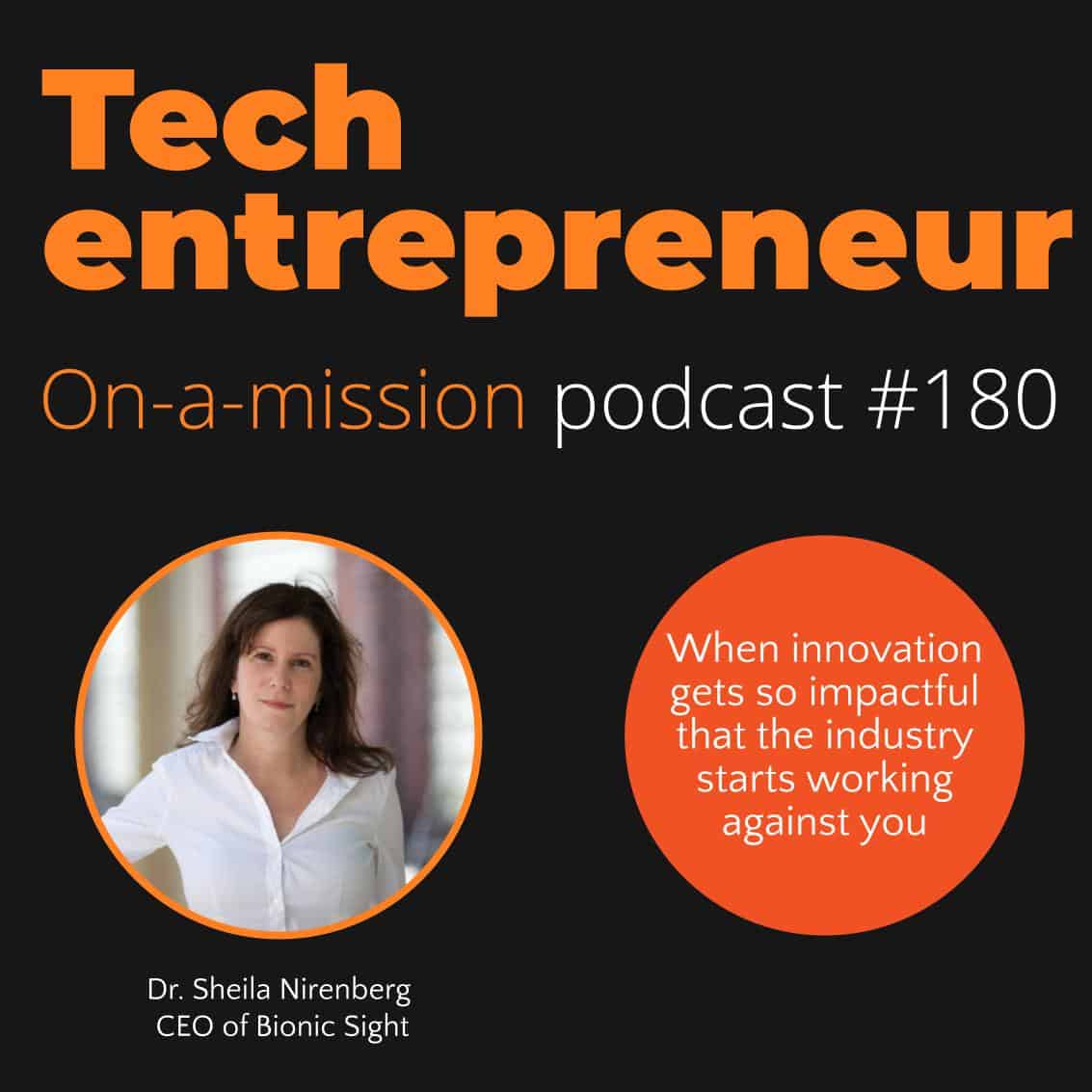 Sheila Nirenberg is a professor of neuroscience at Cornell Medical School and the founder of two start-up companies in New York City – one that develops new kinds of prosthetic devices (Bionic Sight, LLC), and one that develops new kinds of smart robots (Nirenberg Neuroscience LLC).  Her lab at the university focuses on basic science, and her companies take what’s learned in the lab and use it to develop solutions to real-world problems.

She’s won numerous awards for innovative research, including a MacArthur “genius” Award, and has been featured in a TED talk, a BBC documentary, a PBS documentary, the Discovery Channel, Scientific American, as well as many peer-reviewed publications. The reason? Her work on cracking the neural code of the retina i.e. the code the retina uses to communicate with the brain to allow us to see.

And that inspired me, and hence I invited Sheila to my podcast. We explore what’s still broken in deep-learning approaches and how that holds us back. We dig into her breakthrough – and what opportunities this enables for remarkable innovation that impact all of us. During our conversation, she shares some of her biggest challenges which were often led by the limited mindset of humans rather than driven by limitations in technology. She also shares her vision on what it takes to shape a software business that people keep talking about.

My claim to fame is that I cracked this code in the retina – the mathematical transformation from images to the signals that leave the eye and go to the brain,

As soon as I did that, I realized immediately that this could lead to an artificial retina that could potentially restore sight to the blind.

And then I was thinking, well, if that were true, and I can send the same signals to the brain as the normal retina does, why couldn’t I send them to a robot’s brain and make a new kind of computer vision? So I quickly patented that and started a second company.