The reason that I started my own business is because I see too many business software vendors struggle with the way they communicate the value of their product, platform or company. All too often, software companies try to make sales by describing the nuts and bolts of what they created, rather than focusing on the problem they solve or the ambitions they help achieve.

This is definitely the case for ERP vendors, who are notorious for trying to sell based on the “what” rather than the “why.” However, what you may find surprising is that, despite the newness of the technology, the same holds true for vendors and influencers of blockchain, who commonly try to push their products using similarly flawed messaging. 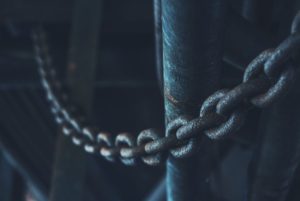 Moreso than in the established and commodity space of ERP companies, blockchain companies tend to be start-ups. Because of this, my initial assumption was that it would be easy to find remarkable examples of ways vendors were working to create curiosity amongst prospects–especially about ways to use the technology to transform their business. However, in reality, what I’ve found is that the opposite is true and that blockchain influencers frequently encounter common traps that make it difficult for them to sell.

Here are some of the most popular messaging traps I encountered while developing the value proposition for an upcoming blockchain development platform:

The Trap of Going Too Technical

Most blockchain platform vendors speak right to the technical audience (i.e., developers), and they forget to address the business decision-makers. It is common for companies to focus in on the popularity of the platform (i.e., its Github stats like stars, forks, etc.), community size and activity, languages supported by the platform, SDKs, and ease of development. Competitive differentiation is typically battled across the technology stack in terms of security, scalability, modularity, throughput, audibility, execution safety and use case flexibility.

The Trap of Being Too Vague or Niche

In blockchain messaging, a lot of jargon is used. However, in many cases, you’d have to be a blockchain expert to comprehend what’s being said. For example, when you take a look at the messaging of many popular companies, you see that there are endless debates about permission and permissionless, public vs. private, distributed applications, smart contracts, pluggable consensus, and so on. This terminology may mean something to developers or experts, but it means little to someone who is not well-versed in the industry or platform but happens to be a decision maker.

The typical tone of voice in blockchain messaging is a negative one. Most companies speak to things like a lack of security and trust, the risk of hackers, and the fact that bad things can happen online (like fraud, corruption, and cybercrime). The communication tends to be about the risks that blockchain can combat, not about the value it can deliver to the user, the business or an industry at large.

The Solution: Show the Possibilities That Blockchain Offers

Of course, blockchain is new, and a lot of companies are focused on educating the public about the basics of what it is. However, companies that market by introducing blockchain should not only take advantage of the opportunity to teach about the technology itself but also offer inspiration by describing “what could be” thanks to the technology.

In my opinion, what is missing most in blockchain vendor messaging is the technology’s potential value. There are some niche vendors of blockchain like Provenance that do get it right, but most platform providers miss a big opportunity to sell.

If you are a blockchain vendor and you want to get your messaging right, keep the following tips in mind.

Find Your Way to Stand Out in your Market

Finding a way to stand out in your market is the foundation for your success. That’s true in any commodity market, but it is even more essential in new markets that are at the top of the hype-cycle. There are tons of blockchain influencers today. If you want to get noticed, it’s all about creating curiosity and enlightening people with the art of the possible. The details of “how” can come after that.

Educate the Market by Communicating a Vision

Teach the market about what your technology can do. But, do that in such a way that sells them on the vision first, then shows them the path that they will have to take to achieve that vision. Going this route will give you all the options you need in order to showcase your technical magic: how it works, what problem it solves, and what it ultimately offers.

Lead With a Positive Outcome

Yes, big problems in today’s market include a lack of trust, cybercrime, corruption. However, these are macro issues, not something your prospect will ever be able to solve on their own. Companies looking to buy into blockchain simply want to get access to the best solution for a large-scale problem or aspiration they have for their business. So, if you want to appeal to potential customer needs, focus on how blockchain allows them to introduce new business models, grow their top-line in new refreshing ways by breaking with non-linear growth barriers, increase their profit, grow customer experience, etc. At the end of the day, blockchain is a fantastic platform for all of these vital business goals. So, why are so few platform vendors talking about this?

Of course, at the end of the day, you can use uncertainty and doubt to sell, like many blockchain influencers do. However, if you want your prospects to buy, you can inspire action by showing how your solution can help them achieve the bigger positive outcomes and avoid honing in on the risks as the main selling point.